State League Night Series, the traditional pre-season competition kick off this Friday. The draw sees Balga SC in action against Division 1 side Joondalup City FC on the opening night. Balga’s newly appointed seniour team coach, Aleks Vrteski, is excited about the opportunity to pit his side against some of the best in the state “Yes, really looking forward to the competition as it is a tournament format which gives the guys a chance to play competitive matches in a low pressure environment” said Vrteski.

Balga have been drawn in Group B along with 3 Division 1 sides, Joondalup City FC, Gwelup Croatia SC and Morley Windmills SC as well as fellow Division 2 sides Wanneroo City SC and Quinns FC. Vrteski is looking forward to the challenge in what is obviously a tough draw “Very tough. Categorically speaking, if you look at last season’s tables, we are the lowest ranked team in the group”. He sees the competition as a barometer for his side and to gauge the progress that has been made “The 3 Div 1 teams will be the obvious favourites but it will give me a good opportunity to see where we are at” he said. 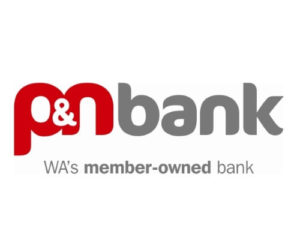 Since joining Balga SC, Vrteski, a highly experienced player in his own right with both A League and International experience, has been hard at work getting the squad prepared for the upcoming season. “So far pre-season has been positive, a lot of fresh new faces and some familiar faces returning. The guys have been working hard so I am sure they will be keen for some genuine game time now”. He further added “I believe we have a squad now to be a bare minimum competitive in every game that we play. I am a competitive animal so i can not allow my teams to not be like that”.

Division 1 side Joondalup City FC will provide a tough first test for the Balga side however Vrteski is looking at the match more than just a game “I see the game on Friday night as another opportunity for the players to truly understand our core values and work towards being consistent in showing the behaviours I look for. Its something that i want to become a part of Balga’s DNA.”